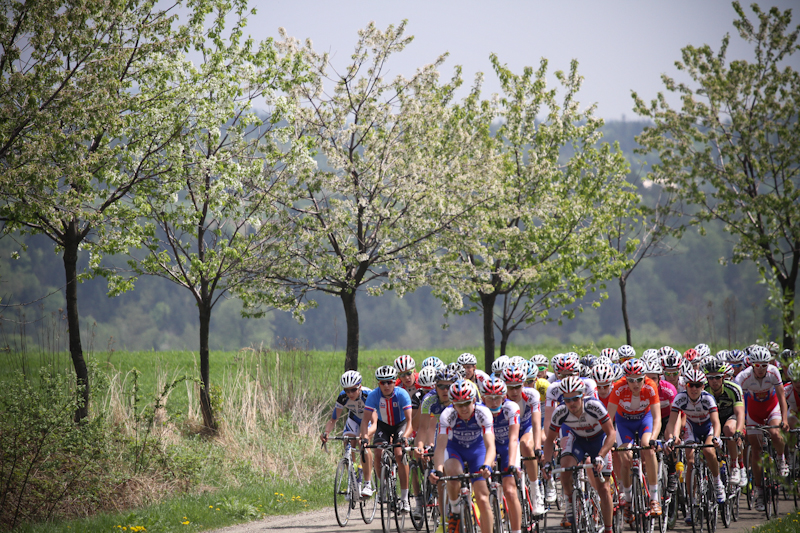 Lesser Poland Cycling Federation and CK Epic Dohnany, organizers of Carpathian Couriers Race, named the teams that will participate in 6th edition of U-23 race. 180 riders are expected at the startline in Veszprem, Hungary to compete in biggest U-23 race in Central Europe. Instead of originally announced 40 teams, the event will host 36 teams and the peleton traversing countries affiliated to Visegrad Group will be a mix of continental teams, clubs and national representations.

15 out of 36 invited teams hold UCI Continental license. Czech-based Bauknecht-Author and Japan’s Vini-Fantini-Nippo are among them, as well as riders of Dutch team Jo Piels, who will sign the startlist once again hoping for an overall win. Their compatriots from Belkin De Jonge Renner – last edition team classification winner – will be there too, trying to put a rider in red jersey on the podium. Strong competition will be ensured by presence of continental teams supported by ProTeams – Lotto Belisol U-23 and Etixx – development squads for Lotto-Belisol and Omega Pharma-Quick Step.

Organizers also wish to give opportunities to countries where cycling is still developing and gaining attention. Therefore a numer of 9 national teams will make a start in Hungary. The list includes national teams of Poland, Slovakia, Latvia, Moldova, Ukraine, Serbia, Russia, Belarus and Lesser Poland.

The race kicks off with a stage arounf Hungarian town Veszprem, on the April 29. The route leads through hilly terrain of Slovakia and heads to Czech Republic for a 30km time trial. Two final stages take place in Poland, ending six-day journey through Visegrad Group countries.