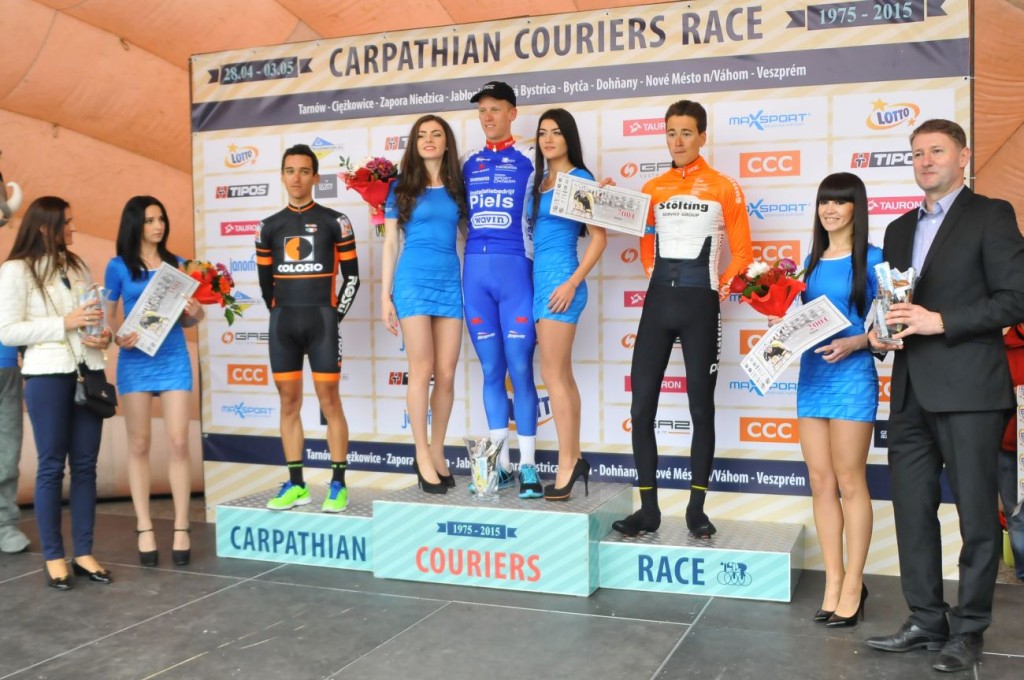 Brusselman, 21, was a part of an early break that managed to hold off the peloton and battled for the stage win on roads around Žylina. Italy’s Alberto Marengo came in 2nd and Germany’s Silvio Herklotz rounded up the podium.

The stage from Stara Bystrica to Bytca featured five climbs, all situated in the first part of the course. As the attacks rocked the peloton on the first ascents a break started forming and on steep slopes of the third climb 10 riders established a gap of 40 seconds.

With Tirol, Jo Piels Lotto Soudal U23 and CCC Sprandi Polkowice represented at front, not many teams wanted to contribute to the chase and the group managed to stay away and hit the last kilometers with an advantage of 30 seconds.

„I’m happy with the win. It was a hard day, I was always up on the climb. I’m not really a climber so it was not for me. We got away and I won a sprint” – Brusselman said.

„I was hoping they will pull us back because my teammate has his chances in the general classification. But the group stayed away, I was told by my manager not to take turns and I took the opportunity in the finale” – he explained.

Brusselman timed his effort well in the technical finale and on cobbled road leading into Bytca overtook Alberto Marengo to take the stage glory.

„The stage today was very hard of the weather and the finale was technical. I was in the break, I tried to go with 2km to go but they caught me 200 meters before the line” – small Italian climber explained.

„I like long climbs, today we had one. I’m happy with 2nd, but only a little, I know I could have won it.”

Germany’s Silvio Herklotz was once again in the decisive move on a stage and crossed the line in 3rd. German powerhouse was in good mood in rainy Bytca as he moved to 4th overall and is now 7 seconds behind Alvaro Cuadros.

„It was a nice and hard day. He last part was not that nice, it was long and flat with rain but I was hoping that the group stays away” – Herklotz explained.

„I’d be more satisfied with a higher place but 5th is ok after a whole day in the break. I sat on a wheel of Patryk, we worked well and the pace on the climbs suited me. We deserved to stay away after 100 km in the break” – Polish time-triallist explained.

AWT-Greenway’s Alvaro Cuadros suffered on the climbs and in the end was happy to retain the overall lead.

„Oh, it was a tough day. I didn’t have the legs to follow the guys on the first climbs but the team worked for me all day and I managed to save the lead” – tired Spaniard said before podium ceremony.